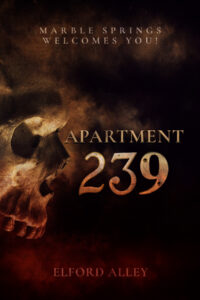 Less than a month until this one is out, so I thought I could offer a little peek of the prologue. If you’re intrigued, you can preorder the ebook here. Enjoy! -Elford

“Now son,” Earl said as he ejected the spent round from his rifle. The casing dropped with a slight crackling sound as it disappeared beneath the leaves. “Always remember, nothing goes to waste.”

The setting sun cast long shadows from the line of trees that stretched across the field in front of their home.

This side of seven years old, the boy looked at his father, assessing the deep lines in his face and the sideburns peppered with white and gray. Earl’s red plaid coat hung loose on his thin, yet muscular arms. The boy, short for his age, felt even smaller next to him, and his shock of thick, black hair bounced as he nodded, wiped snot from his nose, and desperately tried to blink the tears from his eyes. Hoping his father didn’t notice, he glanced up and watched as he pulled off his hat, wiped his brow, then pulled it back onto his head.

“I know it seems cruel, but son… sometimes life doesn’t make sense, and sometimes… well, it’s just not fair.” Earl propped the gun against the side of the small white house, located off a dirt road on the outskirts of a small North Texas town called Marble Springs. A place surrounded by trees, cut off from the hum of passing cars. “Clothes are a big one. Save what you can. Also, the cash in the wallet. Never use the cards. Always hide the body, and never in the same place or the same way.”

The boy nodded, looking at the woman at their feet. Her leg jerked for a moment, causing him to gasp.

“Yes,” Earl said solemnly, removing his ball cap again. “You’re real, and so am I. Your mother,” he waved the cap at her. “She fooled us.”

The boy looked down at her body, her eyes half open, blood trickling down the corner of her mouth.

“They’ll pretend to be your friends, but you’ll have to know who’s real, and who isn’t.”

“How?” the boy squeaked.